The below is taken from an American website but the facts aren’t limited to the US as they’re ‘Motoring Firsts’.
10 – First Petrol Car 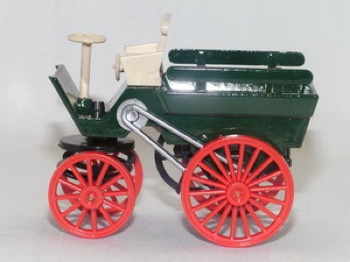 In 1883, 27 year old Edouard Delamare-Deboutteville built the very first petrol driven automobile. The motivation for doing so was to find a good alternative to horse transport for his father’s cotton mill. He was helped by his father’s mechanic, Charles Malandin. They modified an 8HP stationary gas engine for use with petrol as a fuel and fitted it to a four wheeled hunting-brake. [Image: a small scale model of the car built by Delamare-Deboutteville and Malandin] 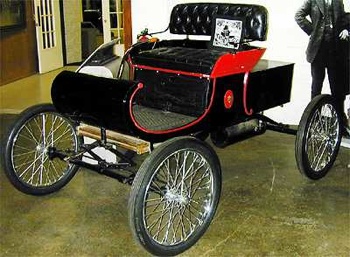 The first instance of mass-produced petrol driven motorcars occurred in the USA. The car in question was the curved-dash Olds. It was the first car to be produced in quantities greater than 10 per week, making its appearance in public in April 1901. By the end of the year the total number of cars made was 433, and this number rose to 5,508 per year in just three years. The car retailed at $650 – significantly less than other cars at the time. [Image: 1901 curved-dash Olds] 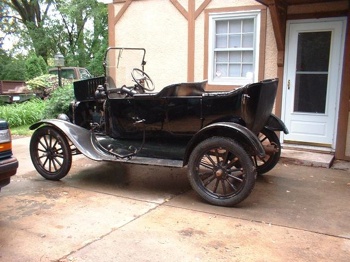 The first car radio was fitted to the passenger door of a Ford Model-T by 18 year old George Frost, president of the Lane High School Radio Club in Chicago in May 1922. In November that year, the first radio was installed in a Daimler limousine by the Marconi-phone company and displayed at the Olympia Motor Show in London, England. [Image: 1922 Ford Model-T] 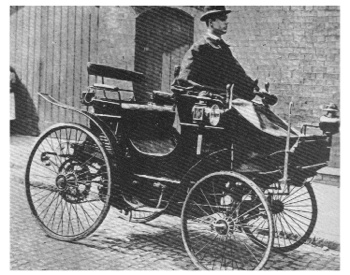 The first car theft in history occurred in Paris, France, in June 1896, when Baron de Zuylen’s Peugeot was stolen by his Mechanic from the manufacturers where it was undergoing repairs. Fortunately for Baron de Zuylen, both the thief and the car were found later at the nearby town of Asnieres. [Image: 1896 Peugeot] 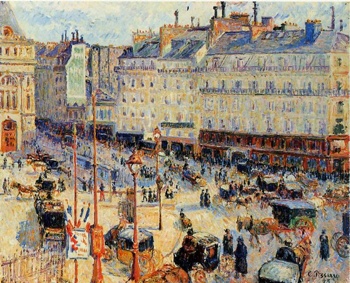 The first vehicle registration plates were introduced in France by the Department of the Seine under the Paris Police Ordinance of 14 August 1893, which stated: “Each motor vehicle shall bear on a metal plate and in legible writing the name and address of its owner, also the distinctive number used in the application for authorization. This plate shall be placed at the left-hand side of the vehicle – it shall never be hidden.” In a general decree of 30 September, 1901, this rule was extended to include the rest of France. [Image: Camille Pissarro’s The Place du Havre, Paris, 1893] 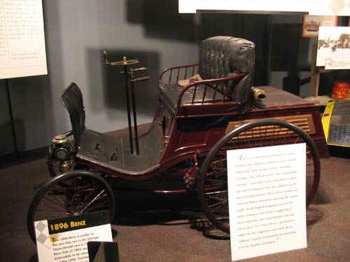 The first death by motoring happened on August 17, 1896, at the Crystal Palace, London, when Bridget Driscoll of Croydon was run over and her skull fractured by the wheel of the offending car. The driver (Arthur Edsell) was employed to give joy rides in a Rogers-Benz on the terrace of the Crystal Palace. Driscoll was crossing the road when she saw the automobile hurtling toward her at the speed of 4 mph. She took fright and stood still in the path of the oncoming car. The death was ruled accidental. [Image: 1896 Benz] 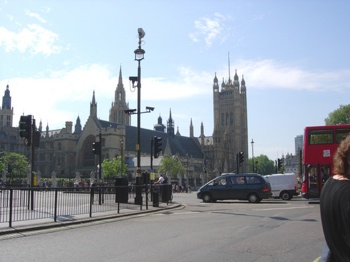 The first traffic lights were installed on a 22ft cast iron pillar at the corner of Bridge Street and New Palace Yard off Parliament Square in London and began operating on 10 December 1868. The installation was made at the direction of the Metropolitan Police in order to make it easier for politicians to enter the Houses of Parliament. The lights consisted of a revolving lantern and a red and green signal. The lantern was turned by hand. The sign was (not surprisingly) not popular with the general public, and one man is quoted as complaining that it was “another of them fakements to wex poor cabbies”. It remained the only traffic light in London until its removal in 1872. Traffic lights were not re-introduced to London for another 50 years. [Image: site of the world’s first traffic light] 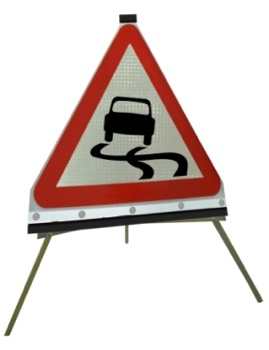 The first traffic signs were erected in Britain in December 1879. They were installed by the Bicycle Union and consisted of a wooden post with an enameled iron plate bearing the warning: “To cyclists – this hill is dangerous”. In 1901 the first signs directed specifically at motorcar drivers were introduced in Gloucester. The first internationally standardized signs (a red triangle surrounding a plate with an agreed symbol) were agreed upon in 1909 in France. [Image: first motoring traffic sign design, still in use today] 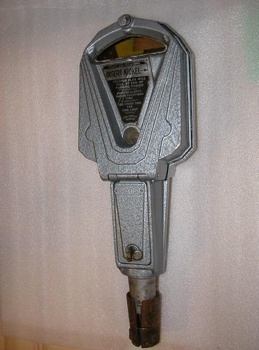 The first parking meter was devised by Carlton Magee, the editor of a leading Oklahoma City Newspaper. Magee was the chairman of a committee set up in 1933 to inquire into methods of imposing stricter parking controls in town. Magee created the Dual Parking Meter Company (so called because of the fact that the meters served two purposes: parking control and revenue generation). The first meters came in to service on July 16, 1935. [Image: Magee’s parking meter – the first in the world] 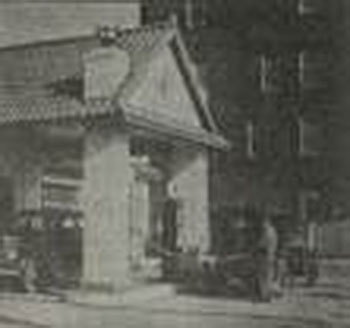 The first bulk-storage petrol filling station was operated by the Automobile Gasoline Co., founded by Harry Grenner and Clem Lessing at St Louis, Mo. in 1905. The petrol was dispensed through a garden hose connected to a gravity-feed tank. The first station with a forecourt and projecting canopy (the form mostly in use today) was opened by Standard Oil of California in Seattle, Washington, in 1907. [Image: the first gas station – best quality copy available on the internet]

When involved in a car accident, no matter whose fault, YOU have the right to choose where your car is taken for repairs.

Your insurance company will be likely to recommend a garage of their choice to you during your claim, however this is usually due to benefits they have in place with these garages (usually involving lower costs to the insurance company).

Unfortunately whilst this benefits your insurance company it won't always benefit you!

REMEMBER, you get to decide who to entrust your car to whilst repairs are being carried out.

ENSURE YOUR CAR GETS THE QUALITY REPAIR IT, AND YOU, DESERVES.